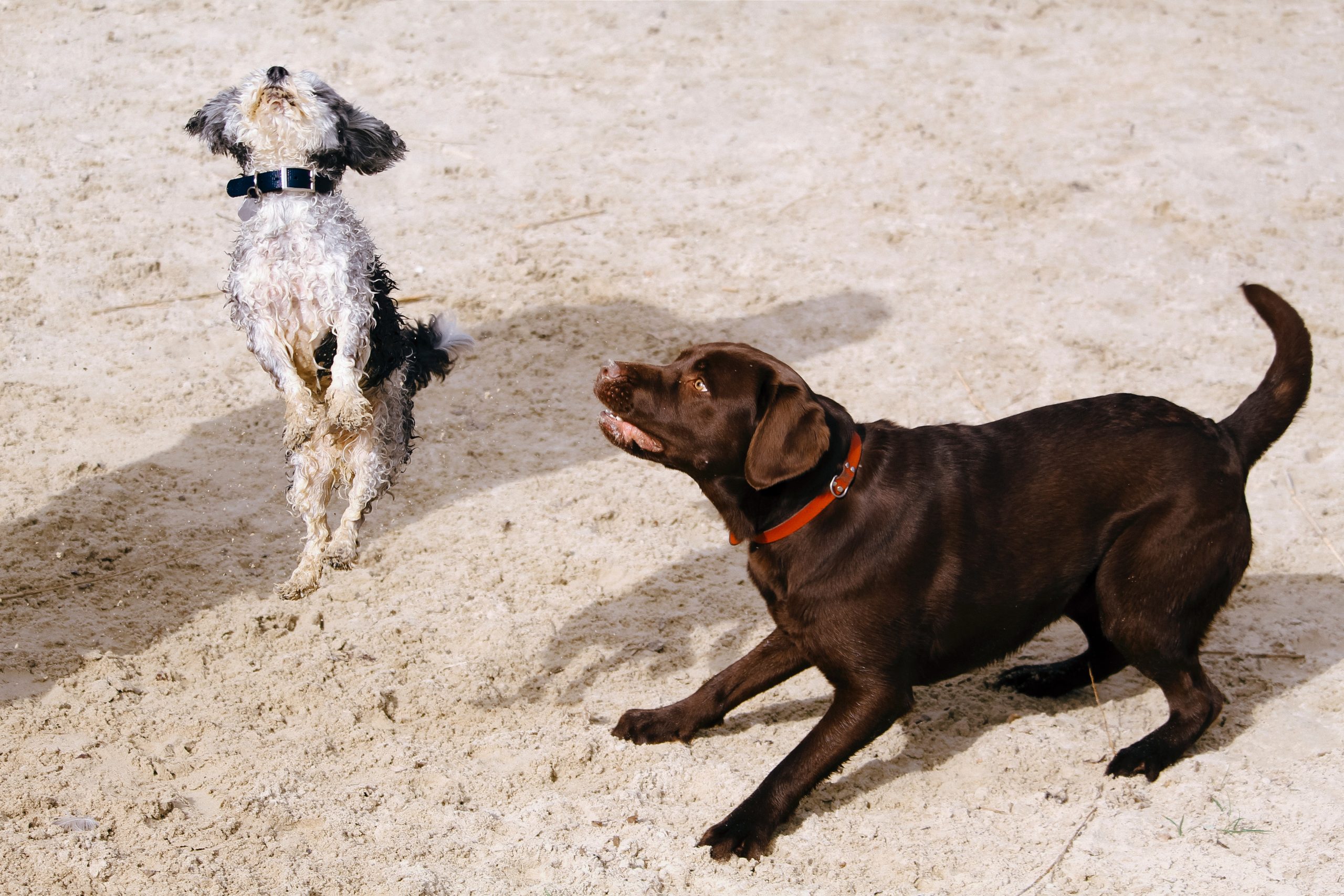 Dog Park Tips: When to Start Taking Your Puppy to a Dog Park?

But having a dog park available to you doesn’t mean that’s all you need to know. You’re no doubt concerned about when to start introducing your little furry baby to other dogs en masse. You want to get the advantages of early socializing without injury, illness, or other fears.

We understand, which is why we’ve done the research and brought you the best ways to get you and your pup ready. Keep reading to find out!

All Vaccinations Are Complete: Time to Play

Most puppies get all their vaccinations by the time they’re 16 weeks old. If you wait until adolescence (about 6 months old) it could engrain difficult-to-break bad habits. That said, from 17 weeks onward is a good time to bring puppies to dog parks.

There’s more you can do until then, though. The life stage for a puppy between three to four months will either help or hurt your dog’s development in big ways. A dog that’s afraid is more prone to be aggressive as a defense against an enemy that isn’t there.

Bringing home a puppy that isn’t too young is your best defense against bad social skills. A puppy taken away from the rest of the litter before eight weeks could lose vital opportunity to learn what’s acceptable and what’s not by their peers.

Setting up playdates with dogs of all ages (as long as they’re healthy and vaccinated) in a controlled environment is a good way to start slowly introducing them to others. Mixing the place up between home and away turf can get them to understand they aren’t the kings and queens of every place they go.

There’s more to the fenced parks than letting them off the leash to play as soon as they’re old enough. Leading up to the dog park, you can play games that train your puppy to perform “reliable recall.” Basically, presenting themselves on command in a reliable way.

Some games you can play are:

If your dog doesn’t have a reliable recall down yet, you may be tempted to keep them on-leash and close. This could have the opposite effect you want, though. Dogs that are on leashes around dogs that aren’t could feel backed into a corner and cause them to start a fight.

Members-only parks are selective about the temperament of dogs that they allow in, excluding the more aggressive dogs. They also generally have better fencing and space to run around or avoid bullies. In the case they don’t have a good recall yet, you can use a long leash that gives the puppy more freedom.

So the puppy doesn’t get overwhelmed, you could try off-peak dog park hours at short intervals at first.

So what should you remember?

Give solid basic training to your puppy as early as possible. Try to socialize in a safe environment from 12 weeks onward. Introduce them to more than one other dog if possible.

Scout your favorite dog park for fences, peak play-times, size, etc. Size up the dogs and people that frequent there with a few visits before taking the puppy inside.