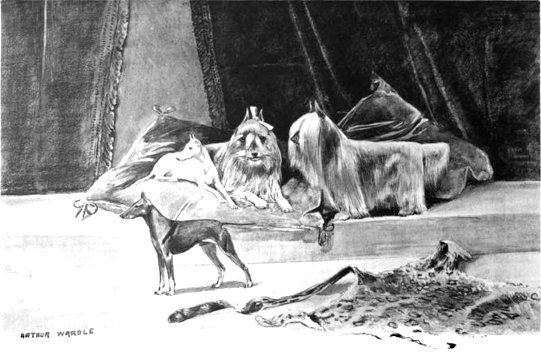 Before dogs became our fur babies that we dote on, paw and foot, they actually worked for us; doing basic tasks. You may be asking, how did they go extinct? Well, we have answers!

Centuries ago, as dogs developed with humans, they were mainly bred to perform various tasks and that was their sole purpose. Hence, if a dog was useful based on the ability they possess or need they fulfilled, they were in high demand. If that need shifted, the task they were made to perform became obsolete. And sadly, the dogs fizzled into extinction.

Although these breeds are extinct, we still see some descendants of these amazing creatures today.

Let’s have a look at some of these dog breeds.

The cover image above shows the Paisley Terrier. This breed originates from Paisley, Scotland. They were small, with long, soft coats that were stunning and got them categorized as “fancy” pets. The dog served two primary purposes: to serve as a companion and as a show dog.

However, because of their high maintenance and grooming-intensive procedures, its popularity declined (in the late 1800s). Its legacy, however, can still be seen today in other breeds such as the Yorkshire Terrier.

The Dogo Cubano, also known as the Cuban Mastiff, proliferated in Cuba even though they weren’t natives.

Their bodies were well built and robust. Plus, they possessed powerful legs and a keen sense of smell. They were used to protect livestock, great company for hunting and effective sentries too.

This breed was crossed with other breeds and eventually lost.

The dog was common in England during the Medieval periods, but was believed to be brought from Normandy, France, by William the Conqueror. Primarily hunting hounds, they were small or medium-sized in appearance.

Around the 17th century, Talbots became a distinct breed, but didn’t hang around for long. During the 18th century, they were declared extinct. Most enthusiasts estimate that the reason for their extinction lies in the presence of more efficient hunting dogs.

Historians believe that the Bloodhounds and Beagles are proud descendants of this breed.

The Moscow Water Dog originated in Russia, where it was bred to serve as water rescue dogs after World War II.

They mainly served the purpose of dragging sailors on to safe land from the water.

Since they were bred in small numbers and incredibly rare, they became extinct in the 1980s.

Their white ‘wool’ fur, rich in thickness and texture, was prized and sheared during early summer to make blankets and other textile products.

Regardless of their great beginnings, the Salish Wool dog became extinct at the start of the 20th century. Its extinction was attributed to mainly crossbreeding—which made their line ‘impure’.

Another reason why they went instinct was that sheep came along, and were a better source of wool. So, the Salish Wool Dog wasn’t much needed anymore.